Fiddleheads or Fiddlehead greens are the furled fronds of a young fern. It's harvested for use as a vegetable before the frond has opened and reached its full height. Fiddleheads aren't cultivated and are available only seasonally, usually in early spring, with limited quantities.

Fiddleheads have antioxidant activity, are a source of Omega 3 and Omega 6 and are high in iron and fibre. The variety of fern that Emperor supplies to your local grocery store is known as the Ostrich Fern.

While very delicious and nutritious, Fiddleheads may harbour microbes and MUST BE COOKED PRIOR TO CONSUMING. Fiddleheads are very safe to eat AFTER they have been cooked for 15 minutes in boiling hot water. Please follow Health Canada’s guidelines below for proper preparation of fresh Fiddleheads.

After they have been properly cooked, Fiddleheads can be used in place of steamed asparagus and added to pasta, quiches or omelettes.

*Health Canada Recommends: That fresh fiddleheads be washed several times in fresh, cold water. They should then be cooked in boiling water for 15 min. or steamed for 10-12 min. until tender. Water should be discarded. Fiddleheads should ALWAYS be boiled or steamed PRIOR to sauteing, frying or baking.* 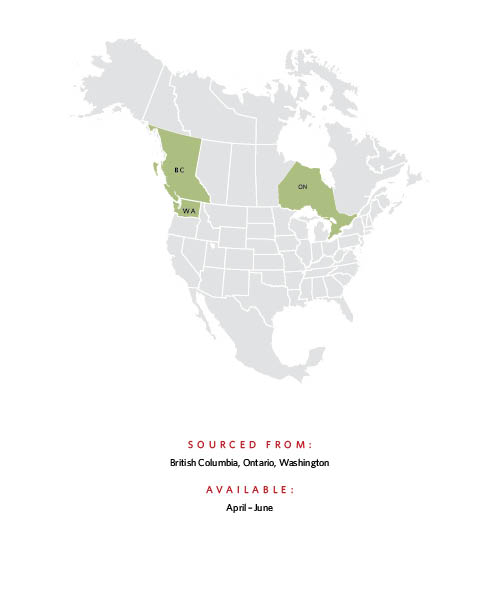